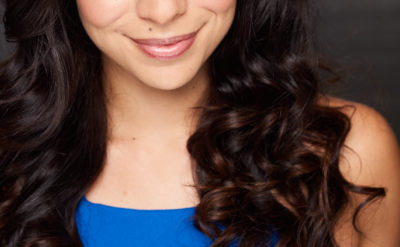 Here Come The Habibs on an international scale had also been nominated for BEST COMEDY in the prestigious 2017 Golden Nymph Awards and the Berlin Rose D’or Awards.

Kat has performed in music clips for Guy Sebastian, Paulini, Natalie Bassingthwaighte, and worked with choreographers Project Moda, The Squared Division, William A. Forsythe and more.

She is a seasoned TVC actor featuring in notable campaigns here and overseas such as Bonds, RTA, Pepsi Max, Mentos, Woolworths and McDonalds.

Kat has made TV appearances including the MTV and Aria Awards, Mornings, The Australian Open Tennis final, The Helpmann Awards, Sunrise, Hey Hey its Saturday, Dancing with The Stars and sung on the nationally televised Carols by Candlelight on Channel 9.

Since the success of Here come the Habibs she has appeared on numerous radio stations interstate as well as the prominent Today Show, Today Extra and the Easter Appeal in Adelaide, Starlight foundation Appeal (The Footy Show) and Channel 9’s Annual Gold Telethon.

Kat is a graduate of the Bachelor of Creative Arts (Performance: Theatre and Music) at the University of Wollongong and has a Certificate IV at Brent St School of Performing Arts. She has also studied at The Groundlings in Los Angeles and Improv Theatre Sydney (ITS). She has also studied with the likes of Scott Sedita (USA), Anthony Brandon Wong (AUSTRALIA), Margie Haber (USA), Joshua Bitton (USA) and many more.

She continually seeks out to further her studies and knows: there’s never a day where you can’t learn something new.

Kat is a proud member of MEAA.