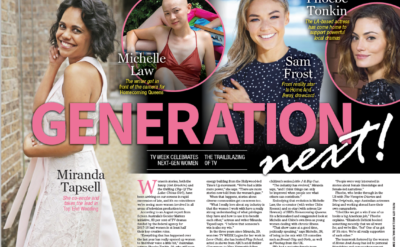 Bauer Media’s TV WEEK celebrates women in its latest issue, with the release of its inaugural list of Next Gen Women of Australian television.

The 13-page feature story showcases 37 women who are leading in their field within the Australian television industry. From actresses to writers, producers to reality stars, these women epitomise the modern face of Australian entertainment.

Curated by TV WEEK Editor Thomas Woodgate, the feature is a ‘who’s who’ of the next generation of women changing the face of Australian television.

TV WEEK Editor, Thomas Woodgate, commented; “We are very excited to share this incredible group of women with our readers. Australia’s amazing young talent are not only doing us proud on the international stage, but also in our own backyard.”

“TV WEEK is a passionate supporter of diversity in entertainment, and it’s wonderful to see such a creative group of game changing women leading the charge in this industry. This is the first time we’ve created this special and we hope we to continue it in years to come.”

The complete Next Gen Women of Australian television list is: 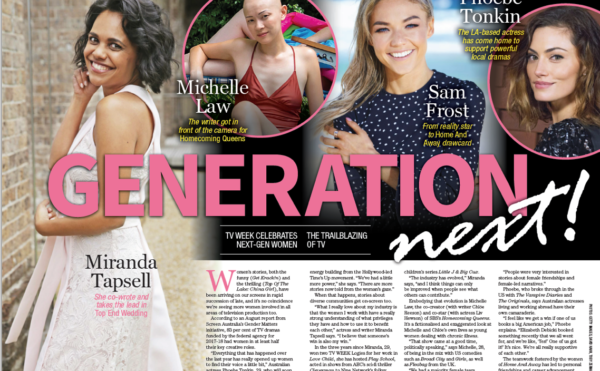